The Gambia is a developing country figuring among the Least Developed Countries (LDCs), with tropical diseases predominating. Malaria, Acute Respiratory Tract Infections and Diarrheal diseases ranked among the most important causes of morbidity and mortality.

Although the health facility coverage is among the best in Africa (more than 80% of the population have access to health facilities), these facilities often are not sufficiently staffed. As a result the country still has a high maternal mortality rate (730/100,000 live births). It has however decreased over the years.

Government Hospitals and Clinics in The Gambia 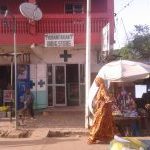 The other three hospitals are located in rural provinces, Bwiam in the Foni region, Farafenni in the Badibu region on the north bank and Bansang in the Fulladu region.

Medical NGO’S and Charity Organizations in The Gambia

NGOs and missions also sponsor health care facilities throughout the country which serve patients on a first-come, first-served basis. Among the largest and best-known are the Gambia Family Planning Association (GFPA), which runs several clinics that primarily offer gynecological and obstetrical services.

The UK-based Medical Research Council (MRC), whose gate clinic (patients literally line up at the front gate every morning) in Fajara is considered by many to be the best treatment option for Gambians who cannot afford care at a private clinic.

Private Clinics in The Gambia 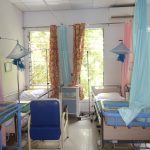 Private clinics, most of them located in Banjul and the surrounding Kombo area, are often staffed by EFSTH physicians when they are not on duty at the hospital. Here they may have more time and access to more up-to-date, expensive diagnostic equipment.

Patients who can afford private treatment either pay in cash or are reimbursed by health insurance offered by some of the country’s larger employers such as Gamtel, the national telecommunications provider and GRTS, the state-run radio and television service.

Conventional Fertility Care in the Gambia 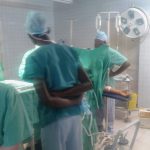 Fertility care, if available is very basic in the Gambia. Conventional methods of infertility treatment involve the surgical repair of blocked fallopian tubes, success rates of which is doubtful, and blind hormonal stimulation with Clomid.

Still, many Gambian women feel that the process of cleaning out the womb (‘kono kuwo’, ‘stomach washing’ in Mandinka) will remove any blockage that might prevent a pregnancy or affect its viability and some are willing and able to offer large sums for the procedure. Sadly as of to date some doctors still perform D&C for these reasons.

As for modern assisted reproductive techniques; at Africmed Clinic we have started providing for IUI treatment since January 2016.

Read more on Dimbayaa – What we do