Within many African societies, becoming a mother and bearing many children is the central aspect of adult female role. Motherhood allows women to demonstrate their commitment to their husbands and families, show respect to the family elders who gave them in marriage and secure her welfare and status.

In addition to the personal grief and suffering it causes, infertility can create broader problems, particularly for the woman, in terms of stigma, economic hardship, social isolation, and even violence. 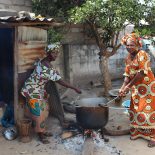 In the absence of social security systems, people in Africa are often economically dependent on their children.

As they took responsibility, cared for and looked after their elders, people in Africa – in general not having had a change to secure any kind of pension or savings for later – rely on their children to care for and take care of them when they reach old age.

Not having children, means a very uncertain, insecure future. As in many African cultures, womanhood is defined through motherhood it is usually the woman who carries the blame for the couple’s inability to conceive. Consequently, women who remain childless may be seen as a burden on the socio- economic well-being of a community.

Childless women are often blamed and stigmatized. This may extend to the wider family, including siblings, parents and in-laws, who are deeply disappointed over the loss of continuity of their family and contribution to the community. 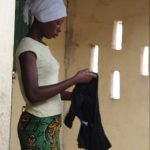 Through motherhood, women in Africa attain respect and status and shape meaningful identities for themselves. The inability to conceive is considered a personal tragedy as well as a curse.

In many African societies infertility is surrounded with taboo and mystification. The woman may be seen as being ‘cursed’ or surrounded by ‘Djins’, bad spirits. This may lead to stigmatization and ostracism or even violence.

The man may divorce her or, if their culture permits polygamy, take another wife. She may be seen as useless and worthless , and banned from any community & family activities. In extreme cases people may even feel they need to beat to witch out of her…

Facing social isolation and ostracism, childless women often consider that, without children, their lives are without purpose and without hope. 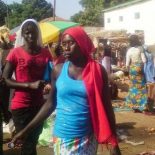 This situation is further saddened by the lack of support women face, both emotional and financial.

In Africa infertility is not considered to be a medical problem but causes, and therefore also remedies, are  sought in the spiritual world. Women are not encouraged to seek  modern technical treatments.

Unlike the Western world, where infertility is openly discussed and help and information is widely available, in most African societies the topic often is taboo.

Modern fertility care, if available is very basic in Africa. Assisted reproductive techniques such as IUI and IVF are either very costly or unavailable.